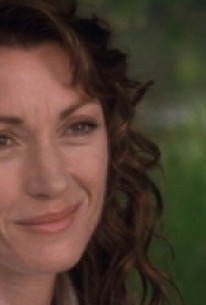 This romantic made-for-television drama is based on a novel by Georgia Brockoven and tells the story of a boy who dreams of having a complete set of parents and the two very-different adults who love him enough to grant his wish. The child's mother died when he was an infant, and since then he has been raised by his mother's sister Chris (Jane Seymour). Before he came along, she was a work-obsessed career woman. Seven years after taking custody of the boy, his father Mason (James Brolin), of whom his real mother had never spoken, shows up and sues for custody. The boy likes both of them and in court comes up with an outrageous solution. Rather than having to divide his time between the two, he suggests they marry. On the surface, Chris and Mason are polar opposites, but out of love for the child, they marry and much to their surprise find that their sacrifice has planted the seeds of lasting love.

David A. Kaye
as Kevin WInslow

There are no critic reviews yet for A Marriage of Convenience (Un mariage de convenance). Keep checking Rotten Tomatoes for updates!

There are no featured reviews for A Marriage of Convenience (Un mariage de convenance) at this time.