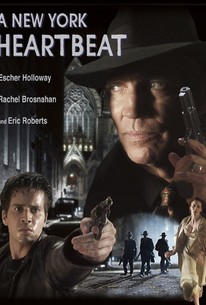 17-year-old gang leader Spider is steadily climbing his way to the top of the New York City crime syndicate in the late 1950's when he makes the fateful mistake of stealing a suitcase full of cash from a violent hoodlum named Casket Mike (Eric Roberts). Subsequently lying low with Tamara, the sympathetic niece of notorious gangster Big Didi, Spider is forced into a dangerous corner after his cover is blown. Meanwhile, it's revealed that Big Didi and Casket Mike are far from strangers.

There are no critic reviews yet for A New York Heartbeat. Keep checking Rotten Tomatoes for updates!

There are no featured reviews for A New York Heartbeat at this time.