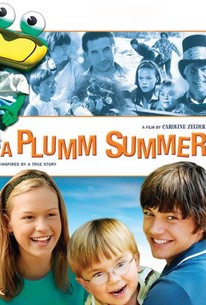 A highly unlikely crime helps bring together two brothers in this nostalgic comedy drama. Rocky Plumm (Owen Pearce) is a five-year-old boy growing up in a small Montana town in the mid-'60s. In Rocky's eyes, there's no star bigger or brighter than local kid's show host Happy Herb (Henry Winkler), who appears on TV weekday afternoons with his puppet friend Froggy Doo. When the Froggy Doo puppet is stolen, Happy Herb's show goes off the air until the doll can be found, which only adds to Rocky's unease as his folks (William Baldwin and Lisa Guerrero) struggle to salvage their clearly failing marriage. Rocky's big brother, Elliott (Chris J. Kelly), isn't especially concerned about Happy Herb's problems or the forced hiatus of Rocky's favorite show, but when Haley (Morgan Flynn), a pretty girl with a yen for detective stories, moves in next door, he suggests they join forces to help find Froggy Doo. Before long, the youthful sleuths find themselves crossing paths with a pair of federal agents (Peter Scolari and Rick Overton) and a growing list of suspects as they follow the thief's trail. A Plumm Summer was the first feature film from writer and director Caroline Zelder.

Clint Howard
as Binky the Clown

Ian Lacy
as Billy the Bully

Jeff Daniels
as Narrator, "The Narrator"
View All

Critic Reviews for A Plumm Summer

This family film is willing to tackle important issues such as burgeoning sexuality, alcoholism and a troubled home life but does so in a bland and unconvincing story.

This might be palatable if it weren't also fraught with leaden direction and horrible acting -- it's a painful thing when William Baldwin's the best actor you've got.

First-time director Caroline Zelder brings warmth and restraint to this tale of Montana child detectives on the case of a beloved frog puppet that, to the devastation of its over-invested owner-operator (Henry Winkler), goes missing.

Feels like an homage to a bygone era of moviemaking.

While ninety percent of the film is good for the family, there is ten percent that I will caution parents on.

Film crumbles when the oppressive frowns are released, turning an amiable diversion into a chore to finish, due in great part to the sheer weight of the distress. The movie never fully recovers from the sour detour.

The shame here is, it's not a terrible movie. It's just pretty amateurish in terms of the direction and some of the performances.

The happy Hardy Boys action takes an uncomfortable back seat to low-rent melodrama.

A proud throwback to '70s family melodramas, such as Where the Red Fern Grows, Plumm seems slow, melodramatic and contrived when compared to contemporary movies.

Audience Reviews for A Plumm Summer

There are no featured audience reviews yet. Click the link below to see what others say about A Plumm Summer!