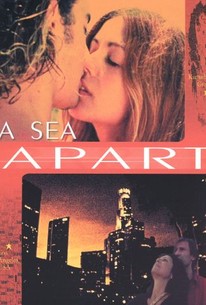 A nostalgic American housewife saddled with a neglectful husband and two mischievous children must choose between her new family and a carefree existence on the idyllic Greek Island of Karpathos when her childhood love arrives in Los Angeles determined to bring her back to the land of passion and beauty in director Ersi Danou's searing romantic drama. Eleni is living the American dream, it's just that somewhere along the line her exotic fantasy of raising a family in Los Angeles became a drab and unfulfilling reality. When she was a child on the beautiful island paradise of Karpathos, Eleni and her long-lost love Aris were once inseparable. Now Aris has journeyed to the west coast determined to bring Eleni back and rekindle the passionate fire that still flickers somewhere deep with each of them. Times have changed though, and now it's up to Eleni to decide whether she wants to remain true to her husband and children, or forsake it all for one last shot at recapturing the magical romance she once experienced with the handsome Aris.

Critic Reviews for A Sea Apart

There are no critic reviews yet for A Sea Apart. Keep checking Rotten Tomatoes for updates!

There are no featured reviews for A Sea Apart at this time.