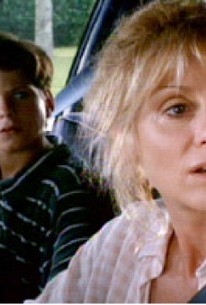 A Step Toward Tomorrow Photos

After her son Georgie (Kendall Cunningham) is paralyzed in a diving accident, feisty divorcee Anna Lerner (Judith Light) vows never to take a moment's rest until she finds a cure for her boy's affliction. Ultimately, Anna moves herself, Georgie and her "normal" son to a new town, there to commiserate with pioneering neurosurgeon David Decker (Tom Irwin), who agrees to an experimental spinal-cord operation that may or may not enable Georgie to walk again. Throughout the experience, Anna must not only spar with the skeptical medical community and an insensitive insurance company, but also with the resentment seething within her other son Ben (Tim Redwine), who feels neglected and forgotten. Appearing in a pivotal supporting role is Christopher Reeve, making his first film appearance since the accident which rendered him quadriplegic. Made for television, A Step Toward Tomorrow premiered November 10, 1996 on CBS.

Joey Stinson
as Kevin
View All

Critic Reviews for A Step Toward Tomorrow

Judith Light is wholly believable as a fiercely loving divorced mother trying desperately to find help for her younger son, paralyzed after a diving accident.

There are no featured reviews for A Step Toward Tomorrow at this time.

A Step Toward Tomorrow Quotes