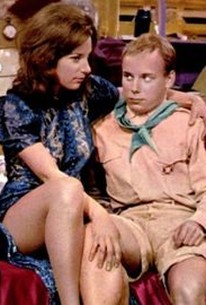 Also known as La Fiancée du Pirate and Dirty Mary, this French comedy noir stars Bernadette Lafont as Marie, the title character. Early in the game, Marie learns how to use sex as a means to an end. She enjoys the favors of several of her town's leading citizens, not-too-subtly suggesting that her silence can be bought. Nearly driven out of town by the local moral arbiters, Marie strikes a blow against hypocrisy with a deliciously creative revenge. A Very Curious Girl is the sort of harmless French fare that used to pop up on your local Late Late Late Show in-between the Vegomatic ads and the "Live Better Electrically" public-service spots. ~ Hal Erickson, Rovi

Julien Guiomar
as The Duke

Pascal Mazzotti
as The Abbot

Greed, malice and bigotry are satirised with merciless, atheistic scorn.

A wry and wildly imaginative study of hypocrisy.

Nelly Kaplan tells her story in a farcical tone, but has one grave flaw: her movie has no humor, which takes away the effectiveness of what should have been a corrosive satire. [Full Review in Spanish]

In the best tradition it's wildly anti-clerical and scabrous and I have rarely seen characters as instantly dislikeable outside Bunuel or Hitchcock.

There are no featured reviews for A Very Curious Girl (La fiancée du pirate) at this time.