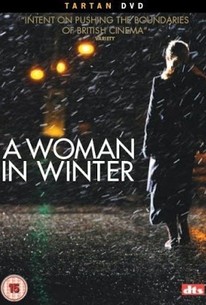 A Woman in Winter Photos

A man with a belief in travel between different realities encounters a woman who seems to be the living embodiment of his theories in this drama. Michael Seraph (Jamie Sives) is an astronomer and author who has a passionate interest in what he calls "quantum cosmology" -- the belief that we exist in one of several parallel universes, and that some people can move from one plane to another at will. Michael has published a book on his theories, and he also works at a state-of-the-art observatory with David (Jason Flemyng, who believes there's merit in his ideas, and Marianne (Susan Lynch), who puts little stock in them. One evening, Michael attends a screening of an art film and meets Caroline (Julie Gayet), a beautiful French woman who takes an immediate interest in him. Michael and Caroline spend the night together, but while he's keen on pursuing a relationship with her, she keeps dropping in and out of his life, and seems somehow different each time he meets her. Michael's curiosity about Caroline grows greater when his friend Hunt (Brian Cox), a doctor, tells him she was once one of his patients -- but that she was much older when he met her years before. Like director Richard Jobson's debut feature 16 Years of Alcohol, A Woman in Winter was shot using digital video technology, and transferred to 35mm film for theatrical screenings. ~ Mark Deming, Rovi

Critic Reviews for A Woman in Winter

An unquantifiable mystery with an intellectual seriousness to match its visual exuberance -- and it's about time, too.

There are no featured reviews for A Woman in Winter at this time.

A Woman in Winter Quotes