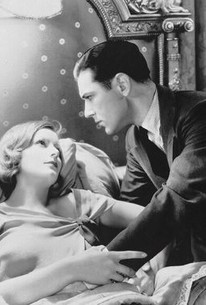 A Woman of Affairs Photos

Michael Arlen's notorious novel The Green Hat was considered such a hot potato censor-wise that the property's title could not be used when it was adapted to film. Retitled A Woman of Affairs, this tale of a woman destroyed by syphilis was heavily laundered for the screen. Greta Garbo plays an impulsive British lass who, when denied permission to marry John Gilbert, hops from bed to bed with various partners. She marries a man who turns out to be a thief. When her husband commits suicide, Garbo is again wooed by Gilbert, who in the meantime has acquired a spouse of his own. Though she passionately loves Gilbert, Garbo sends him away, rather than ruin his life as she's ruined her own. With that classic enigmatic half-smile on her face, Garbo suicidally crashes her expensive automobile into the tree under which she sat with Gilbert the day he first declared his love for her. Outside of the always fascinating Greta Garbo, the best performance in Woman of Affairs is offered by Douglas Fairbanks Jr. as Garbo's drunken, dissipated younger brother.

Dorothy Sebastian
as Constance
View All

Critic Reviews for A Woman of Affairs

An hysterical and an overacted soap opera story.

Audience Reviews for A Woman of Affairs

There are no featured audience reviews yet. Click the link below to see what others say about A Woman of Affairs!

A Woman of Affairs Quotes