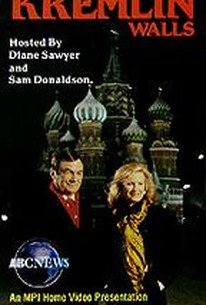 When the borders of Russia began opening up to outsiders, Sam Donaldson and Diane Sawyer were the first American news team allowed to film within the walls of the Kremlin itself. This documentary shows the beautiful artworks and treasures found within the Grand Kremlin Palace, the Terem Palace, the Armory Palace Museum, and other historical Russian sites.

There are no critic reviews yet for ABC News: Behind Kremlin Walls. Keep checking Rotten Tomatoes for updates!

There are no featured reviews for ABC News: Behind Kremlin Walls at this time.