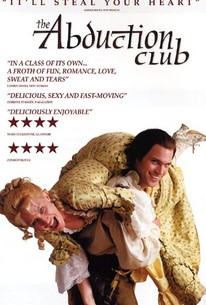 Based on actual events that took place in Waterford, Ireland, in the late 1700s, director Stefan Schwartz's romantic comedy-drama concerns itself with a group of abductors who kidnap usually willing young women in order to persuade them to wed. Set during an era where law dictates that the eldest sons inherit family estates and younger siblings are left to either enter the priesthood or the military, young noblemen decide to take matters into their own hands by abducting the young heiresses and charming them for a night before releasing them to make their ultimate decision. As Anne (Sophia Myles) is subjected to the uninvited advances of Power (Liam Cunningham), Abduction Club member Byrne (Daniel Lapaine) schemes to kidnap Anne's older sister Catherine (Alice Evans). Though the kidnapping plan is foiled when Anne decides to tag along, Byrne's friend Strang (Matthew Rhys) finds himself attracted to the younger sister despite Abduction Club rules stating that abductees must be at least 18 (Anne is 17) and that no more than one member of the same family is to be abducted at any given time. Strang is subsequently expelled by Abduction Club leader Sir Myles (Patrick Malahide), and the fledgling affections of the mismatched couple face a formidable challenge as the local militia is tipped off to their scheme. ~ Jason Buchanan, Rovi

Critic Reviews for The Abduction Club

The film rarely musters any great sense of passion or excitement.

With female abduction a recurrent problem in modern society, this sort of caper leaves a nasty taste in the mouth.

One of the most charming and original romantic comedies to emerge in decades.

Audience Reviews for The Abduction Club

A romantic drama film about double of two young adults forming a new relationship with one another was released. This film is quite strong from a dramatic standpoint as well.I can say that all the actors in this film are, as a whole, understated in their performances.