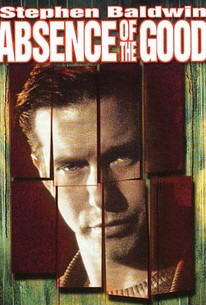 Set in Salt Lake City, this thriller stars Stephen Baldwin as a police detective who is still learning to deal with his loss after the death of his son. He is forced to put his grief on hold when he's assigned to a new case -- a psychotic murderer is terrorizing the city, bludgeoning each victim to death and then meticulously cleaning the crime scene so that few, if any, clues remain. The supporting cast includes Rob Knepper and Shawn Huff.

Critic Reviews for Absence of the Good

The title says it all.

This is a story that could have been told in about 25 minutes but has excrutiatingly been stretched out to an hour and 45 minutes.

There are no featured reviews for Absence of the Good at this time.

Absence of the Good Quotes