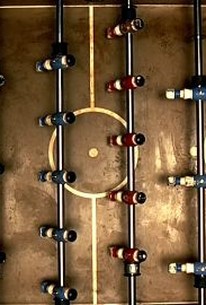 Produced by Tom Tykwer, the director of Run Lola Run (1998), this German slacker comedy-drama concerns a trio of beer drinking ne'er-do-wells in the port city of Hamburg. Ricco (Florian Lukas) is a foul-mouthed cook, corpulent Walter aka "Chubby" (Antoine Monot Jr.) works in a garage, and Floyd (Frank Giering) dreams of escape from his hand-to-mouth existence. All three have big dreams for the future, but only Floyd decides to act on it. To the utter shock and disbelief of his buddies, he suddenly announces that he is leaving the following day on a tanker bound for Cape Town and Singapore. Absolute Giganten was screened at the 1999 Flanders Film Festival.

Guido A. Schick
as Dulle

There are no critic reviews yet for Absolute Giganten. Keep checking Rotten Tomatoes for updates!

There are no featured audience reviews yet. Click the link below to see what others say about Absolute Giganten!