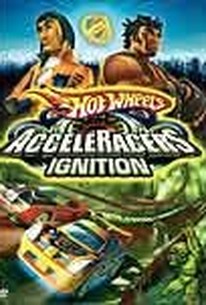 Life on the racing circuit requires steely determination and drive. But for the two teams featured in this thrilling anime, Teku and Metal Mechanics, cooperation is also an integral, if unusual, ingredient in the recipe for success. That's because the league is under threat from the evil empire known as the Racing Drones, who covet supremacy and are poised to put in motion their plans for a takeover.

There are no critic reviews yet for AcceleRacers. Keep checking Rotten Tomatoes for updates!

There are no featured reviews for AcceleRacers at this time.