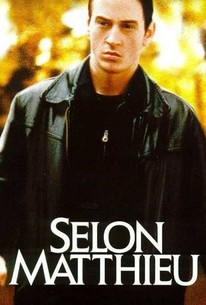 According to Matthieu Photos

One man's attempt to avenge his father has unexpected consequences in this drama from France. Matthieu (Benoit Magimel) and Eric (Antione Chappey) are two brothers who work in a factory alongside their father (Fred Ulysse). When father is fired under dubious circumstances, Matthieu is outraged and tries to organize his co-workers to stand up to the bosses and have him reinstated. However, Eric, with a new wife to support, doesn't want to rock the boat, and the other men on the line express similar sentiments. After father is struck and killed by a motorist while crossing the street (en route to apply for unemployment), a despondent Matthieu is convinced it was an act of suicide. Determined to get revenge against the men who stripped his father of his job and his dignity, Matthieu falls into an affair with Claire (Nathalie Baye), the wife of one of the factory owners, who has a gambling problem. Claire eventually discovers Matthieu's hidden agenda and breaks off their relationship; his attempt to expose her to her husband brings disastrous results. The screenplay for Selon Matthieu was co-authored by Catherine Breillat, writer/director of the controversial international success Romance.

Critic Reviews for According to Matthieu

There are no critic reviews yet for According to Matthieu. Keep checking Rotten Tomatoes for updates!

There are no featured reviews for According to Matthieu at this time.

According to Matthieu Quotes