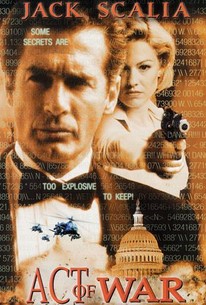 In this international thriller, a group of Soviet terrorists want to rob the country's national treasury. As part of their plan, they have ambushed a nuclear missile silo, giving them control of a weapon that could conceivably touch off the next world war. An American agent (played by Jack Scalia) is called in to thwart their plans. Christopher Clarke also stars.

Dusan Hyska
as Technician No. 2

Pavel Cajzl
as Gate Guard No. 1

Critic Reviews for Act of War

There are no critic reviews yet for Act of War. Keep checking Rotten Tomatoes for updates!

There are no featured reviews for Act of War at this time.