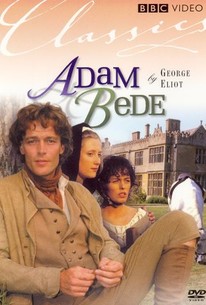 Written by George Eliot (of Silas Marner fame), the 1859 novel Adam Bede trenchantly addresses the issues of ingrained social prejudices. Played in this British TV adaptation by Iain Glen, the titular Adam Bede is a humble carpenter, enamored of the beautiful but shallow Hetty Sorel (Patsy Kensit). Surrendering to the "political correctness" of her times, Hetty spurns Adam in favor of a wealthy marriage to a nobleman, Lord Arthur (James Wilby). Though he is deeply hurt by this, Adam never relinquishes his love for Hetty and spends the balance of the story trying to win her back in his own single-minded, diligent fashion. Counterbalancing the romantic melodrama is the calm, good-hearted presence of Adam's erstwhile sweetheart, Dinah Morris (Susannah Harker), perhaps the only character in the novel without an agenda. Adapted for television by Maggie Wadey, Adam Bede made its BBC debut in 1991, then aired as part of the PBS anthology Masterpiece Theatre on March 1, 1992.

There are no critic reviews yet for Adam Bede. Keep checking Rotten Tomatoes for updates!

There are no featured reviews for Adam Bede at this time.