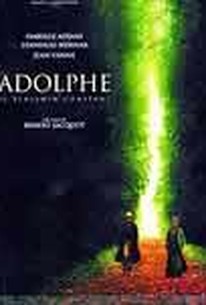 Adolphe, French director Benoît Jacquot's adaptation of Benjamin Constant's novel of the same name, tells the story of a young man's passion for 30-year-old Ellenore (Isabelle Adjani). After much resistance, Ellenore falls for Adolphe (Stanislas Mehrar), only to find out that his love for her has waned significantly. Though Adolphe did not intentionally hurt Ellenore, she is very much saddened by his lack of feeling toward her. This unhappy love story also features French actors Jean Yanne and Romain Duris. ~ Tracie Cooper, Rovi

Jean Yanne
as The Count

Marylin Even
as Housemaid

Marilyne Even
View All

[Isabelle] Adjani is lovely to look at and wears her luxurious costumes beautifully but does nothing to make her character sympathetic. [Stanislas] Merhar is, in a word, dull.

[Adjani's] performance is both a retread of 1975's The Story of Adele H and of...Herzog's Nosferatu, debilitating handicaps thirty years later in this film.

There are no featured audience reviews yet. Click the link below to see what others say about Adolphe!