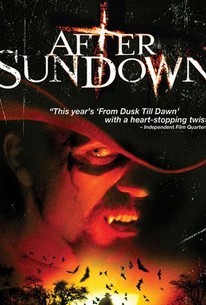 A bloodsucking legend from the Old West has been exhumed from a forgotten graveyard and awakened from her undead slumber, and now it's up to the people who restored her life to send her screaming back into the ground before the entire small-town falls prey to her hypnotic influence in a two-fanged tale with a western twist from directors Michael Brown and Christopher Abram. As evil spreads and this once-notorious legend commences to re-establishing her reputation by embarking on a blood-soaked feeding frenzy, it begins to appear as if mankind's dominion on Earth has been brushed aside to make way for an entirely new breed of beast. With little time left before the contagion of the crimson queen spreads and the numbers of her minions far exceed the armies of man, the sad souls who had inadvertently unleashed her wrath are faced with the daunting prospect of sending her back to the deepest pits of Hell.

J. Christopher
as The Vampire

Joey Galt
as The Deputy

Chris Whatley
as The Preacher

Gayle Massey
as The Preacher's Wife

Angela Gair
as The Mid-Wife

Critic Reviews for After Sundown

There are no critic reviews yet for After Sundown. Keep checking Rotten Tomatoes for updates!

Audience Reviews for After Sundown

Stooooopid but laughable in a weird way.