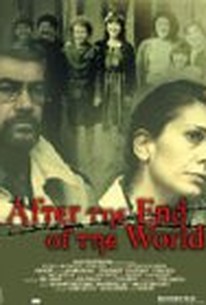 Sled Kraja na Sveta is a nostalgic reminiscence of the old days before the fall of the Iron Curtain and a pessimistic look at the present, where the future is very uncertain for so many people. Albert Cohen (Stefan Danajlov), a famous Israeli Byzantine scholar, flies to Bulgaria for a symposium where he meets Araxi Vartanian (Katerina Didaskalo), an Armenian piano teacher who was his first love when Bulgarians, Armenians, Turks, Jews, Greeks and Rumanians lived side by side in the southern Bulgarian town of Plovdiv. In those days the priest, the rabbi and the hodja all knew they prayed to the same God. Besides, all three were in love with the Turkish widow Zulfie, and so was the drunken non-believer, Avram. This idyllic life came to an abrupt end with the arrival of socialism. Albert and Araxi were separated, but their love never died. Socialism is over now, but that does not mean the old days will ever come back. A lawyer with Mafia connections is determined to get the house where Albert grew up and nothing will stop him. Albert struggles to restore life to this world and at the same time tries to rekindle his love. The film was screened as part of the Panorama section of the 49th International Berlin Film Festival, 1999. ~ Gönül Dönmez-Colin, Rovi

There are no critic reviews yet for After the End of the World (Sled kraja na sveta). Keep checking Rotten Tomatoes for updates!

There are no featured reviews for After the End of the World (Sled kraja na sveta) at this time.

After the End of the World (Sled kraja na sveta) Quotes