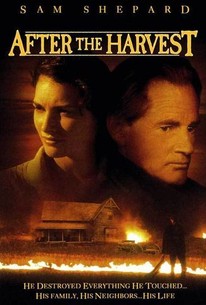 The made-for-cable drama After the Harvest was based on Martha Ostenso's 1927 novel Wild Geese, and was first broadcast in Canada under that title on March 4, 2001. Sam Shepard heads the cast as ill-tempered Canadian farmer Caleb Gare, who tyrannically treats his family like slaves, forcing them to work sunup to sundown and live in dire poverty so he can selfishly fulfill his dream to grab up all the land surrounding his farm. The only person who might have been able to stand up to Caleb was his long-suffering wife Jude (Nadia Litz), who has long since been cowed into quiet desperation lest her children bear the brunt of her husband's cruelty. But the reign of Caleb Gare is soon to end ignominiously -- that is, if Linda Archer (Liane Balaban), the attractive new schoolteacher in town, has anything to say about it. In the U.S., After the Harvest was first seen May 29, 2001, on the Lifetime channel.

Critic Reviews for After the Harvest

There are no critic reviews yet for After the Harvest. Keep checking Rotten Tomatoes for updates!

There are no featured reviews for After the Harvest at this time.

After the Harvest Quotes