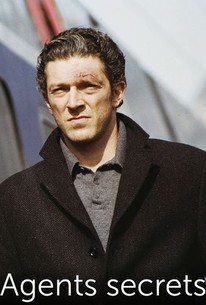 A team of secret agents - Raymond, Loic, Lisa and their leader Brisseau - is assigned by the French Agency in a mission called Janua to sink the general cargo vessel "Anita Hans" in Casablanca. The ship is transporting weapons for the rebels in the civil war of Angola that are using diamonds to pay the dealer Igor Lipovsky. Brisseau and Lisa are advised by an American agent to abort their mission, but their superiors order them to ignore. When the mission is successfully accomplished, Lisa is framed and arrested in the airport with 150 g of heroine. When Raymond is killed, Brisseau realizes that they have been betrayed and he tries to release Lisa from the prison.

Cassel's electrifying performance is undoubtedly the only intriguing aspect of Agents Secrets, though he's not given a whole lot to do other than look menacing.

There are no featured audience reviews yet. Click the link below to see what others say about Agents Secrets!