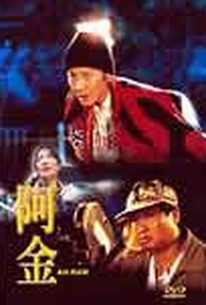 After wowing audiences both in Hong Kong and abroad with her jaw-dropping stunts during Supercop, Michelle Yeoh stars in this melodrama -- directed by Ann Hui -- about a stuntwoman struggling to survive in Hong Kong's notoriously cutthroat film industry. Kam (Yeoh) is a fearless stunt double trying to gain the respect of a ornery, battle-worn action director known only as "the Chief" (Sammo Hung). Though a father-daughter relationship of sorts eventually forms between the two, their relationship to the craft of stunts is complicated. Kam gets pulled away from her profession first through a bad relationship and then through looking after the Chief's kid Long (Jimmy Wong). The Chief, in turn, gets killed during a scuffle with the Hong Kong triads. This film, however, is perhaps best remembered because of a serious injury Michelle Yeoh incurred when she misjudged an 18-foot jump from a bridge to a truck. In venerable Hong Kong cinema fashion, the outtakes of Yeoh's brush with death are included as the film's end. ~ Jonathan Crow, Rovi

There are no critic reviews yet for Ah Kam. Keep checking Rotten Tomatoes for updates!

There are no featured reviews for Ah Kam at this time.