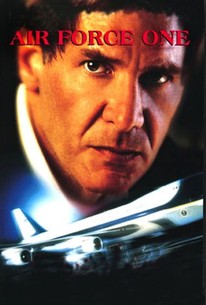 Critics Consensus: This late-period Harrison Ford actioner is full of palpable, if not entirely seamless, thrills.

Critics Consensus: This late-period Harrison Ford actioner is full of palpable, if not entirely seamless, thrills.

Critic Consensus: This late-period Harrison Ford actioner is full of palpable, if not entirely seamless, thrills.

In this action drama, Harrison Ford plays James Marshall, a onetime combat hero in the Vietnam War who is now President of the United States. While visiting the former Soviet Union, Marshall gives a speech in which he supports a get-tough attitude against both terrorists and a right-wing general and war criminal from Kazakhstan imprisoned in Moscow, earning him few friends in the Eastern Bloc. While flying back to the United States aboard Air Force One, Marshall and his staff discover that one of the journalists returning with them is actually Ivan Korshunov (Gary Oldman), a Kazakhstani terrorist, who hijacks the plane with three associates and holds the president hostage -- with his wife and daughter on board. Marshall must use his strength and intelligence to keep the terrorists at bay and devise a plan to allow his family to escape to safety, while on the ground the vice-president (Glenn Close), the secretary of defense (Dean Stockwell), and the attorney general (Philip Baker Hall) grapple over what to do and how much control to take in this crisis. Slam-bang action sequences and plot twists fly fast and furious in this nail-biter from director Wolfgang Petersen, who previously generated suspense under water (rather than in the air) with Das Boot. ~ Mark Deming, Rovi

News & Interviews for Air Force One

View All Air Force One News

Critic Reviews for Air Force One

This pulsating political actioner should prove cathartic for mainstream viewers who yearn for a decisive, gutsy executive branch of government.

Most of the time it's a kick.

...it flies on and on until its power to hold us simply peters out.

It's a great ride.

Moments of silliness are more than balanced by Petersen's extraordinary ability to keep this movie flight-worthy, Ford's almost-executive presence and an outstanding performance from Oldman.

Air Force One doesn't insult the audience. It is crafted by a film-maker who takes pride in the thrills and sly fun he packs into every frame.

Air Force One is one of those films stuck in amber that knows exactly what it is and what it's trying to do -- and then does it very well.

Air Force One holds up almost 25 years later and the film remains one of the greatest presidential action thrillers to grace the big screen.

Everything about it was unreal, except it did a big box office.

Well executed action thriller by Das Boot German director Petersen, which is rather weak in plot and characterization.

Audience Reviews for Air Force One

A thriller that is consistently entertaining and features two rock-solid performances from Harrison Ford and Gary Oldman. Although it is entirely implausible, the thrills come by the minute, and you can't help but root for Ford as the President. Also fun seeing one of my favorite character actors, Xander Berkeley, pop up here as a secret service agent. Definitely worth a look, especially for the line Ford delivers - "Get off my plane"

Moronic trash that I enjoyed anyway, it's like Die Hard but on an airplane the whole time and it could be said to have set the mold for the TV show 24. Harrison Ford is a terrible actor. There. I said it. But the writing doesn't give him much to work with, anyway. Lots of action, but no substance to the highly implausible plot (not to mention the physics). You'll probably like it more if you watch it while hungover so that your mind doesn't work well enough to see the through the many leaps of faith the story requires you to take. Gary Oldman as a Russian's pretty cool, though.

God bless those United States, the old red white and blue, the stars n stripes, the most powerful country in the whole wide world!! Anyway, this is pretty much your standard terrorist hijack setup with all the regular ingredients that you might expect. Take 'Passenger 57' 'Die Hard 2' and 'Executive Decision' blend them all together, make the one man army hero the President (no vest) and voila!. This film does well mainly due the huge appeal of Ford and his epic back catalog of movies. His ever lasting rugged good looks, calm manly voice and likeable charisma (even without the fedora) is the stuff of silver screen legend. The other reason this works so well is Oldman as the main Russian baddie. He's got the stereotypical goatee, a heavy accent and he's really mean, another good Eurotrash villain. Along with Ford that's two rock solid performances which keep the film glued together, without them this could easily have been a very average run of the mill action thriller. Another thing the film shows you is how nice it is or would be to be President with his highly advanced personal airliner. Never realised how luxurious the interior of the plane is, from top to bottom its like a long narrow mansion. On top of that you also learn a few things about the plane and how cool it really is. Is there really an escape pod on board? The sets for Air Force One all look top notch and the action is also darn good but its also pretty daft at times. Lots of gun fire in mid air, kinda silly as you'd think at least one might pierce the fuselage, especially with all the machine gun fire haha. Then of course you have the obligatory faceless Russian bad guys, god knows how many there were at first or how many got killed but it seemed to be lots. Ditto for Air Force One personnel, people getting mowed down all over the shop, no idea who they are. Little character development for the bad guys or good guys accept for the odd main roles naturally. End of the day its your typical action flick cunningly disguised as trying to be something a bit more intelligent...but really its not. Still looks the biz today but the CGI sequence at the end is pretty bad looking I gotta be honest. 'nobody does this to the United States'

GETOFFMYPLANE. A good time at the movies.