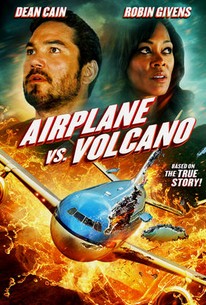 David Vega
as Crieger
View All

Critic Reviews for Airplane vs. Volcano

It's saying a lot about my hormones that a movie with the tag line "FLY LIKE HELL" brought a tear to my eye, but I'll admit I was invested and more impressed with the acting than I have been by other Asylum offerings.

Audience Reviews for Airplane vs. Volcano