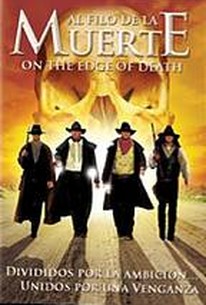 Macario Rivero's home in Apasco has been overrun by a pair of ruthless brothers, Rosendo and Gabino Mendoza, and he has no intention of letting them get away with it. He gathers a band of willing citizens to rise up against the tyrannous brothers, but things get more complicated when it turns out that Macario's daughter has become involved, and she's having an affair with Gabino. ~ Cammila Collar, Rovi

There are no critic reviews yet for Al Filo de la Muerte. Keep checking Rotten Tomatoes for updates!

There are no featured reviews for Al Filo de la Muerte at this time.