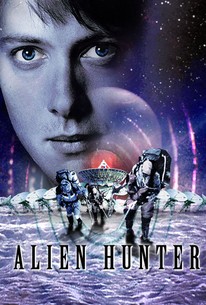 James Spader stars in the made-for-TV movie Alien Hunter. Berkley professor Dr. Julian Rome (Spader) is a former code-reader for the government project known as Search for Extraterrestrial Intelligence. His skills are needed to assist Dr. Alexi Gierach (Nikolai Binev) in the Antarctic, where strange radio signals are detected. As Julian tries to understand the hidden messages in the signals, he comes into conflict with his fellow scientists Dr. Michael Straub (John Lynch) and Dr. Kate Brecher (Janine Eser). Alien Hunter originally aired in the U.S. on the Sci Fi Channel.

There are no critic reviews yet for Alien Hunter. Keep checking Rotten Tomatoes for updates!

There are no featured audience reviews yet. Click the link below to see what others say about Alien Hunter!