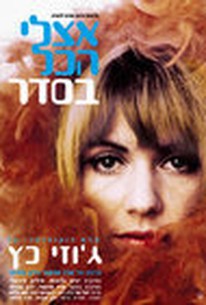 "All is Well by Me" chronicles the private and professional life of singer Josie Katz, who came to Israel from the US as a 19-year-old kibbutz volunteer and soon became an important player in the history of Israeli popular music. As her kibbutz service ended and she was planning her return home, Katz encountered songwriter/singer Shmulik Kraus. The two had a much-publicized affair and later married. Kraus and Katz, along with Arik Einstein, founded the musical trio, High Windows, which enjoyed great success in Israel and abroad. When the group broke up in the seventies, Kraus entered a difficult period of his life, moving between detention centers and mental hospitals. Josie was left to raise their two sons, Ben (now 31) and Shem (now 30). These days Josie is trying to pick-up the pieces of her musical career, as well as to come to terms with the ups and downs of her personal life. "All is Well by Me" tells her riveting story.

Critic Reviews for All Is Well By Me

There are no critic reviews yet for All Is Well By Me. Keep checking Rotten Tomatoes for updates!

There are no featured reviews for All Is Well By Me at this time.

All Is Well By Me Quotes