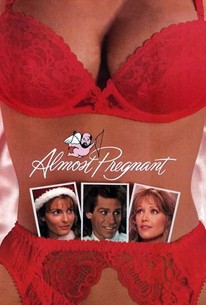 Dom DeLuise's son Michael holds the directorial reins in the direct-to-video Almost Pregnant. Onetime "Charlie's Angel" Tanya Roberts plays a woman who'll do anything to become pregnant. Since her hubby Jeff Conaway can't deliver the goods, she decides to rely upon a surrogate. Her first new partner turns out to have had a vasectomy-and this is only the beginning. The director's dad makes an amusing appearance in this strident but undeniably funny bedroom farce.

There are no critic reviews yet for Almost Pregnant. Keep checking Rotten Tomatoes for updates!

There are no featured audience reviews yet. Click the link below to see what others say about Almost Pregnant!