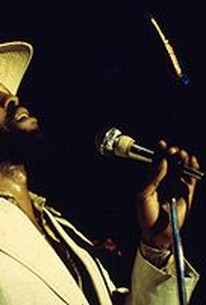 Am I Black Enough for You? Photos

The story of the singer who soared into the stratosphere with his breakout single "Me and Mrs. Jones", then plummeted back to Earth when his funky follow-up "Am I Black Enough for You?" proved dead on arrival. Billy Paul was a Philadelphia soul artist who could have easily been as big as Marvin Gaye or Curtis Mayfield, but the radical lyrics of his sophomore single proved too polarizing for white America of the 1970s. In the wake of the Civil Rights Movement, amity and personal gain frequently took a backseat to political assertion, especially for African-Americans. Billy Paul had enjoyed international success with the soulful, almost soothing "Me and Mrs. Jones", and record executive Kenny Gamble was banking on the fact that America was prepared for the empowering message contained in "Am I Black Enough for You?" Not only did that gamble fail to pay off, but effectively crippled Paul's burgeoning career as well. In this documentary, filmmaker Goran Olsson explores how the singer's loving relationship with his longtime wife Blanche gave him the courage to endure even in the darkest of times, and offers an informative look the origins of soul music in the American Civil Rights Movement.

Critic Reviews for Am I Black Enough for You?

There's not enough about the conflicts between Paul and those who controlled his records but this is a fan-like yet not too oleaginous tribute.

Slightly woolly overall, though you might find yourself buying the CDs. I did.

It all boils down to a complete lack of focus on the part of the film-makers. Not only do they fail to get their questions answered, they also run out of material so disastrously.

Philadelphia's soul legend Billy Paul takes centre stage in this intriguing documentary, which teases out the nuances of his complex and often painful career.

The film succeeds in making us want to check out the singer's back catalogue.

The old fella's still got it, but you'll wish you knew more about him.

A touching story, relatively well told with the bonus of a fine backing track and eloquent interview subjects.

It's clear that there isn't enough imagery to cover the narrative. This is a 50-minute radio programme stuck in 90 minutes of pixels.

The feeling that the film's subject has been over-stretched isn't helped by some crass overdubs of Paul's live performances. Authenticity starts at home.

This illuminating doc looks back on the Philly singer's life and times. It reveals a vast talent who lost his way through a combination of drugs and bad business decisions.

An affectionate and thoughtful portrait of an artist.

There are no featured reviews for Am I Black Enough for You? at this time.

Am I Black Enough for You? Quotes