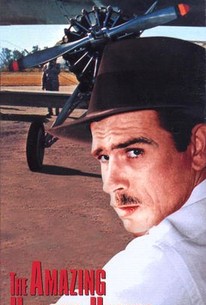 The colorful life of Howard Hughes is the subject of this biographical drama, originally a two-part television movie. The film charts Hughes' life from his youth, as he transforms his father's company into a billion-dollar business, to his later adventures in Hollywood and his eventual descent into isolation and paranoia.

Russ McGinn
as Patrolman
View All

It is a good deal better than what is on television during these dog days of re-runs and tyouts of shows that the networks would like to add to their schedules in the fall.

There are no featured audience reviews yet. Click the link below to see what others say about The Amazing Howard Hughes!