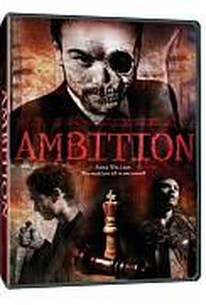 Paranoia builds when a group of five former friends break into their old high school to get a few cheap thrills during their ten year high school reunion. An imposing figure capable of influencing almost anyone, Julian talks his old friends into taking an ominous trip down memory lane. It's been a long time since high school, and after graduating all of the friends went on to experience great success in each of their respective fields. Later, as the six friends explore the corridors they haven't walked in a decade, memories come rushing back and the group gradually recalls an instance in which they sold their souls for money and success. As the night wears on, Julian uses mind games to manipulate the group into turning on each other, with gruesome consequences for all involved. ~ Jason Buchanan, Rovi

There are no critic reviews yet for Ambition. Keep checking Rotten Tomatoes for updates!

There are no featured reviews for Ambition at this time.