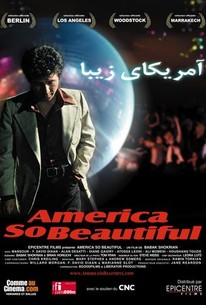 A young man who only wants to dance finds that isn't so simple when you're an Iranian in America in this independent drama. Houshang (Mansour) isn't much different than a lot of teenagers living in Southern California in 1979; he likes disco, thought Saturday Night Fever was a great movie, and wants to be able to take over the dance floor just like John Travolta. However, Houshang also happens to be an Iranian immigrant who works at a Middle Eastern grocery owned by his uncle (Akbar Moazezi); Houshang's uncle doesn't think much of his nephew's fondness for nightlife, and with the hostage crisis in Iran dominating headlines, it's not a good time to be of Persian descent, even among the dance club crowd. Sahmi (Houshang Touzie), a friend of the family, tells Houshang that he has connections at one of L.A.'s hottest dance spots and can get him and his friends inside for a price; Houshang agrees, but he soon learns that Sahmi has a shady past and isn't always good to his word, which leads to both disappointment and danger for Houshang and his pals. America So Beautiful was the first feature directed and co-written by Babak Shokrian, himself a Iranian immigrant who came to the United States in 1971.

Critic Reviews for America So Beautiful

Shokrian, who was born in Tehran, is trying to say something about assimilation and xenophobia, but the predictable story and stereotypical characters do him in.

Unfortunately Shokrina's sense of style periodically collapses, and the film falls prey to the worst kind of models.

As much as the film would like to blow the lid off immigrant misery, it deals only in caricatures.

While providing a fresh perspective on a different troubled time in our history, this challenging but flawed film nonetheless manages to be a much needed affirmation of the American Dream.

Shokrian ... possesses a sharp eye for detail and a lacerating wit (dulled, unfortunately, by the repetition of ideas and the hammering of points).

There are no featured reviews for America So Beautiful at this time.