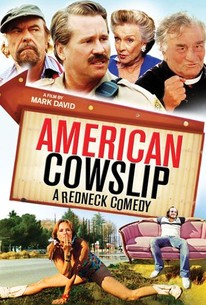 An agoraphobic heroin addict seeks redemption by growing the rare and beautiful flower that will help him win the town's Garden of the Year contest in this off-beat black comedy featuring Rip Torn, Val Kilmer, Bruce Dern, and Cloris Leachman. Ethan Inglebrink (Ronnie Gene Blevins) lives in a homogeneous California town where nothing ever happens. A misfit clad in a powder-blue tux, he's convinced his poker buddies and surrogate moms Roe (Diane Ladd), Sandy (Leachman), and Lou Anne (Lin Shaye) that he's a diabetic, and his needles are for insulin rather than heroin. His next-door neighbor is his landlord and former high school football coach Trevor O'Hart (Torn), who wants nothing more than to kick Ethan out on the street. Complicating matters even further is that fact that Ethan's older brother Todd (Kilmer), the local sheriff, is convinced that his brother can only be saved by an act of God, and recruits the family priest (Peter Falk) to get the job done. Meanwhile, as the Garden of the Year competition draws near, Ethan becomes convinced that he can take the 10,000-dollar top prize and pay off his delinquent rent if he can just grow the perfect American Cowslip. Little does Ethan realize that salvation may lie not in the money he could win for growing a rare flower, but with the kind companionship and understanding offered by his 17-year-old neighbor Georgia (Hanna Hall), who longs to escape her abusive father (Dern).

Priscilla Barnes
as Samantha
View All

An ambitious but misfired comedy about an agoraphobic junkie.

Rather than funny ha-ha, this is all meant to be funny sad, but American Cowslip's clunky pacing, chintzy aesthetics and aggressively juvenile tone vaporize any possible sympathy for the characters.

There are no featured audience reviews yet. Click the link below to see what others say about American Cowslip!