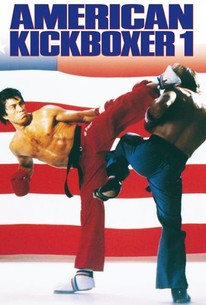 After spending his time in jail for manslaughter, a formal world-champion kick boxer B.J. Quinn (John Barrett) is released after doing time and sets out to regain his former stature as a top-notch fighter. Unfortunately he begins his comeback at a drunken party (he's drunk) and he tangles with the current top-dog of kick boxing, Jacques Denard. Denard beats him to a pulp, which sends our hero Quinn into hiding where he teams up with another kick boxer, and together they begin to train for a real-time head-on with the champion Denard. ~ Rovi

Mark Mulder
as Eugene
View All

There are no critic reviews yet for American Kickboxer. Keep checking Rotten Tomatoes for updates!

Although Kieth Vitali, John Barret and Brad Morris know their karate, this tedious movie looks like a rip-off of Rocky or Raging Bull, except that they kick.