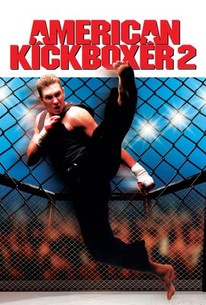 John Barrett, star of American Kickboxer 1 (1991), is nowhere to be found in American Kickboxer 2 (1993). In fact, much of the emphasis this time is not on the title character, but on the heroine. When her daughter is kidnapped, Kathy Shower calls upon the two most important men in her life. Those worthies are her kickboxing ex-lover (Dale "Apollo" Cook) and her equally athletic ex-husband. Evidently she could never make a commitment-but her two "ex"s certainly can! This film's official title is American Kickboxer 2: To the Death.

...with one-liners like "your *** is grass and we're the lawnmowers!", the movie would surely work better amongst friends and a lot of booze.

There are no featured audience reviews yet. Click the link below to see what others say about American Kickboxer 2!