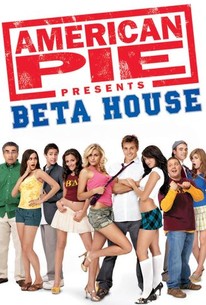 It's pledge time, and as fraternity row becomes rife with eager young freshman looking to make an impression on campus, the stage is set for Greek rivalry so fierce it will resurrect a competition that was previously banned by the administration. Great Falls high school graduates Erik and Cooze are about to become college freshmen, and once they do, the campus of a modest Michigan college will never be the same. Immediately aligning themselves with the notorious Beta Delta Xi house, the boys dive headlong into the party scene while suddenly being swept up in an ongoing rivalry between their new brothers and a rival house with a power-hungry president. Now the only way for the Beta Delta Xi brothers to prove their true worth is to resurrect The Games - a long-banned competition that will discern the true kings of campus once and for all. Featuring Eugene Levy and Christopher McDonald.

Jaclyn A. Smith
as Jill
View All

If someone like Levy can't escape the vicious circle of these lousy flicks, what hope do we have?

...completely and utterly devoid of anything even resembling competence...

Just as crude as the other sub-series installments, Beta House only adds on to the inconsistent hysteria of the straight-to-DVD failures. Eugene Levy, once again, gives some charm into the film, but it does nothing to propel this film out of the deep trenches it's been sinking in. 1/5

One of the worst films I have ever seen. Cliched, badly written and badly acted. An attempted tribute to Animal House, a film leagues above this mess of a comedy which manages to be both unfunny and unnecessary.

Not good, but these movies are ridiculously addicting and entertaining.