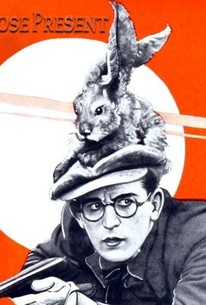 Among Those Present Photos

By 1921, Harold Lloyd was gradually easing into full-length comedies. This was his second three-reel film; by the end of the year he would release A Sailor-Made Man at four reels and beginning with the film after that, Grandma's Boy, he would completely graduate into features. Here, Lloyd plays a coatroom boy who likes to impersonate a certain English nobleman. A family of social climbers are told that the real nobleman is to arrive in the U.S. They enlist the help of a "society pilot" (Vera White) to bring him to their home, and when she can't get the real lord, she uses Harold instead. He turns out to be a big hit, especially with the family's pretty daughter (Mildred Harris), and he weaves incredibly tall tales about his game hunts. When he mounts a horse to join a fox hunt, he winds up getting himself involved in a load of comic exploits that put his tall tales to shame.

Mildred Davis
as The Girl

Critic Reviews for Among Those Present

There are no critic reviews yet for Among Those Present. Keep checking Rotten Tomatoes for updates!

Audience Reviews for Among Those Present

There are no featured audience reviews yet. Click the link below to see what others say about Among Those Present!

Among Those Present Quotes