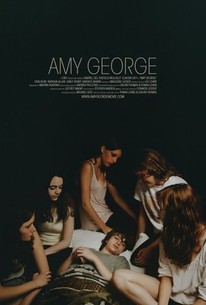 Canadian filmmakers Yonah Lewis and Calvin Thomas team up to tell the tender tale of a Toronto teenager whose hormones begin to run wild as he attempts to complete an autobiographical art-class assignment while growing obsessed with his pretty new neighbor. Growing up in an intellectual household, 13-year-old Jesse (Gabriel del Castillo Mullally) is drawn more to the arts than to videogames and television. When Jesse's teacher assigns him the task of taking an autobiographical photograph that isn't a typical self portrait, the thoughtful adolescent convinces his mother to purchase him an analogue camera. But the moment Jesse peers out his window and catches a glimpse of Amy George (Emily Henry), he reaches that pivotal point in adolescence where girls begin to take precedence over everything else in life.

There are no critic reviews yet for Amy George. Keep checking Rotten Tomatoes for updates!

There are no featured reviews for Amy George at this time.