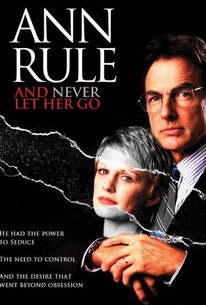 And Never Let Her Go Photos

Based on a true crime story, the two-part TV movie And Never Let Her Go recounts the disappearance of Anne Marie Fahey in June of 1996, and the subsequent arrest and conviction of her accused murderer. Hired as a secretary by powerful Delaware attorney and gubernatorial aide, Thomas Capano (Mark Harmon), Anne Marie enters into a torrid and ofttimes abusive affair with her kinky boss. When Anne Marie's relatives report that she is missing, the governor of Delaware solicits the aid of the U.S. Department of Justice to solve the case. Although detective Frank Gugliatta (Paul Michael Glaser) and assistant U.S. attorney Colm Connolly (Steve Eckholdt) suspect that Capano has done away with Anne Marie, they are stymied by a lack of tangible proof...notably, the girl's body. It is not until Anne Marie's diary turns up in a most unexpected manner that Gugliatta and Connolly are able to fully act upon their suspicions -- and even then, the ultimate solution rests with the cooperation (or lack of same) of Capano's brother, Gerry (David Hewlett). Oscar winner Olympia Dukakis appears as Thomas Capano's formidable mother. Filmed in Toronto and told largely in flashback, And Never Let Her Go was originally telecast by CBS on April 1 and 4, 2001.

Critic Reviews for And Never Let Her Go

It seems strange that this riveting case would result in a miniseries in which the drama feels manufactured.

Audience Reviews for And Never Let Her Go

A little too long, but a good telling of the story, which I didn't know about until seeing this movie.

And Never Let Her Go Quotes