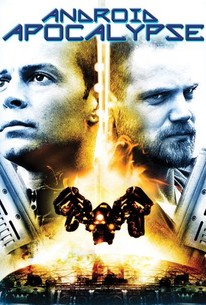 A man jailed for the murder of an android and an android about to be reprogrammed due to his overt like of humans are forced to fend for themselves when disaster strikes as they are being transferred to prison in a futuristic thriller starring Scott Bairstow and Joseph Lawrence. Jute (Bairstow) has been sentenced to prison for killing an android. Deecee (Lawrence) is an android whose unusual affinity for his human counterparts has earned him the wrath of his man android creator. When Jute and Deecee are handcuffed together during transfer and humanity is beset by a disaster of epic proportions, man and machine must work together to salvage what is left before all hope is truly lost.

Troy Skog
as Vaarta
View All

Any science fiction movie that kicks off with a voice-over narration dumping huge amounts of exposition into the audience's lap can only mean that the viewer is in for a world of pain . . .

It's a hearty mixture of stupid, boring, and cheap.

Well not my cup of tea still I watched and slept even though there was a Joe Lawrence in it.