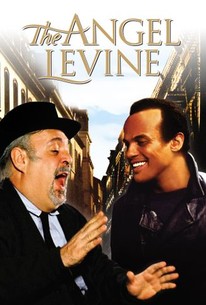 Bernard Malamud seldom saw his works faithfully transferred to the screen (take a look at The Natural sometime), but he issued no complaints over the cinemazation of his Angel Levine. Zero Mostel plays an elderly Jew named Morris Mishkin, whose life experiences have left him an embittered agnostic. Into Mostel's life floats Alexander Levine (Harry Belafonte), who must convince the old man that life has value, else he'll never earn his wings. The Angel Levine was lovingly adapted for the screen by Bill Gunn and Ronald Ribman.

Anne Jackson
as Customer
View All

Critic Reviews for The Angel Levine

Even in a time when ambiguity is fashionable the vagueness of most of this picture is more boring than interesting.

Audience Reviews for The Angel Levine

There are no featured audience reviews yet. Click the link below to see what others say about The Angel Levine!