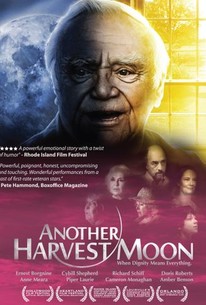 Four senior-citizens struggle to reconcile a lifetime of memories and a fierce sense of self-sufficiency against the fact that they're now living in the twilight of their lives. Every morning, nursing-home residents Frank (Ernest Borgnine), June (Piper Laurie), Alice (Doris Roberts), and Ella (Anne Meara) come together at the table for a game of cards. They may have their fair share of disagreements, though the love and support they offer each other serves as a shining light in uncertain times. When World War II veteran Frank realizes that he has forgotten what his beloved late wife looked like, he begins to fear that another stroke is on the way, and rues the thought of burdening his family. Shortly thereafter, he asks his son Jeffrey (Richard Schiff) to bring him his old pistol, a relic from the war that helps him to remember his old brothers in arms. Meanwhile, Alice and Ella begin to suspect that Frank has other reasons for wanting the gun, and clash while attempting to determine how to handle the situation. Though a Labor Day camping trip with his children Jeffrey and Vickie (Cybill Shepherd) and sensitive grandson Jack (Cameron Monaghan) offers Frank a brief escape from his highly-predictable daily routine, a trip back to the nursing home reminds him that those fleeting moments of pure joy will only get fewer and farther between as his health deteriorates, and leads him to make a decision that will prompt everyone around him to reassess their own values, and what it means to make a painful decision for purely unselfish reasons. ~ Jason Buchanan, Rovi

Critic Reviews for Another Harvest Moon

Enjoyable primarily as a well-crafted showcase for vivid performances by veteran thesps.

Baby boomers with aging parents will be able to identify with the characters and find the highly personal situations to be realistically accurate. The movie deserves kudos for showing respect for the quality of life and dying with dignity.

It may not be terribly original, but in its sweet, unassuming way, it is inspiring.

Audience Reviews for Another Harvest Moon

There are no featured audience reviews yet. Click the link below to see what others say about Another Harvest Moon!