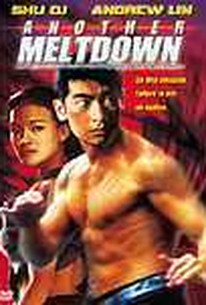 When ultra-patriotic Chinese anti-terrorist operative Yan Dong (Zhao Wenzhuo, the martial artist/actor hailed by many as the next Jet Li) disobeys a direct order and continues with plans to stop a dangerous hijacking operation, he is promptly demoted. Despite his good intentions, Yan gets reassigned to the Chinese embassy in Lavernia (a fictional country said to have been part of the former Soviet Union) with his former partner Hong Weiguo (Ken Wong) to stop an outbreak of corruption and criminal activity by arresting and returning to China the troublemaking Keizo Mishima (Andrew Lin), the Japanese leader of the cult of the Red Sun. Mishima's group has dedicated themselves to promoting worldwide anarchy and, unbeknownst to Yan and Hung, have close ties with corrupt officials in Lavernia. Soon after Mishima's arrest, the villains retaliate by blowing up parts of the city. In the midst of the chaos, Yan reunites with his former lover Chen Pan (Shu Qi), who fled China following the Tienanmen Square massacre. When the terrorists kidnap Chen Pan, Yan becomes a veritable fighting machine in his efforts to save her. Filmed on location in Budapest, this Hong Kong actioner brims with well-choreographed and exciting fight scenes. ~ Sandra Brennan, Rovi

Critic Reviews for Another Meltdown

There are no critic reviews yet for Another Meltdown. Keep checking Rotten Tomatoes for updates!

There are no featured reviews for Another Meltdown at this time.