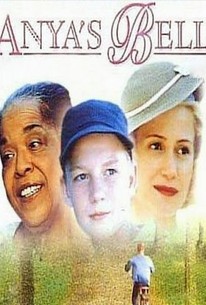 Virtually the quintessential "CBS Sunday Night Movie" (especially during the traditional "fall sweeps"), Anya's Bell is set in 1949, a time when handicapped people were feared, pitied, scorned, shunted away, but seldom treated as "worthwhile" human beings by so-called normal society. Della Reese stars as Anya Herpick, a middle-aged blind woman who has been cared for since birth by her elderly mother. Having seldom ventured outside her house, Anya has compensated for her loneliness by amassing a collection of small bells. When her mother suddenly dies, Anya is truly alone, and she is paralyzed with fear at the prospect. Enter 12-year-old delivery boy Scott Rhymes (Mason Gamble), whom has been written off by his parents as "slow" because he has never learned to read. At first wary of one another, Anya and Scott soon become the closest of friends. It is eventually revealed that Scott suffers from dyslexia (an all-but-unknown affliction back in 1949), for which Anya compensates by teaching him how to read the Braille alphabet, which turns out to be easier to comprehend than printed words. At the same time, Scott helps Anya to become more independent and self-reliant. The changes wrought on the two protagonists are both dramatic and heartwarming, clearing the path for a happy ending (relevant to the film's title) despite the death of one of the two. Filmed on location in Salt Lake City, Anya's Bell was first telecast on October 31, 1999.

There are no critic reviews yet for Anya's Bell. Keep checking Rotten Tomatoes for updates!

There are no featured reviews for Anya's Bell at this time.