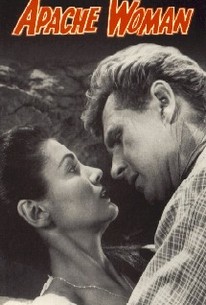 American-International was still American Releasing Corporation, and studio head Roger Corman was still in his "western" period, when Apache Woman came out in the fall of 1955. The title character, a half-breed named Anne Libeau (Joan Taylor), is the sister of renegade Apache Armand (Lance Fuller). Despite (or perhaps because of) his college education, Armand goes on a one-man rampage against the white settlers of Arizona. Government agent Rex Moffet (Lloyd Bridges) vows to halt Armand's activities, a task made difficult when he falls in love with Anne. Apache Woman was well photographed by Floyd Crosby, who later collaborated with Roger Corman on the producer-director's "Edgar Allan Poe" series of the 1960s.

There are no featured reviews for Apache Woman at this time.