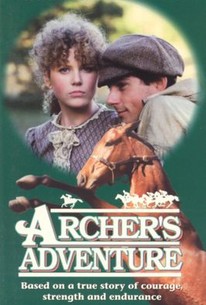 Not to be confused with the like-vintage "sword and sorcery" TV pilot of the same name, director Denny Lawrence's Archer's Adventure was lensed in Australia. Brett Climo plays Dave Power, a young and ambitious caretaker of a racehorse named Archer. In order to get Archer to the 1861 Melbourne Cup, where the horse must compete, Power takes him on a 600-mile Outback odyssey, fraught with excitement and peril. The horse then wins the race. Incredibly, this picaresque character study was based on a true story. Also known as Archer's Adventure, the film features 18-year-old Nicole Kidman in a crucial role.

There are no critic reviews yet for Archer's Adventure. Keep checking Rotten Tomatoes for updates!

There are no featured reviews for Archer's Adventure at this time.