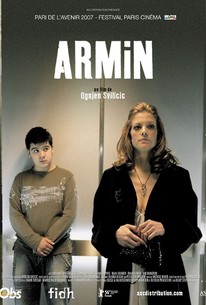 Writer-director Ognjen Svilicic's feature Armin - a Bosnian-Croatian-German co-production, in Bosnian, Croatian, German and English - follows the experiences of Ibro, a father who takes his teenage son Armin on a lengthy road trip. They journey from their village in Bosnia to a movie studio in Croatia, where Armin is to audition in a German film about the Balkan conflict. The movie relentlessly dissects and eviscerates the idealism engendered by "New Europe," while it documents the shifting nuances and dynamics in the relationship between the two men. ~ Nathan Southern, Rovi

The film's contents may not be revolutionary enough to travel far and wide, but its sweet nature and good humour will certainly seduce some.

There are no featured reviews for Armin at this time.