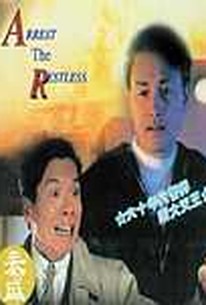 Highly unusual in that it was intended as a prequel to another film's sequel, this entry in the Lee Rock series depicts events occurring before 1991's Lee Rock II, but after the events in the first film. The story centers on Sergeant Lam Kung (well-known film producer Charles Heung) and his demotion to the police department's juvenile crimes unit for arresting the wrong person, a man involved in a kickback scheme with Lam's superiors. Lam does his best in his new job, but continues to get in trouble by harassing the delinquent teenagers of wealthy and influential parents. One such protected criminal is Sam Chow, a vicious drug-dealing hoodlum who seems to operate with a free hand because of his parents' status. The troubled young center of the film is Teddy Pak (Leslie Cheung), who runs into trouble but has a heart of gold. He also has a deadbeat mother whom he must constantly save from being executed by loan sharks when she fails to repay her debts. The 1950s-style melodrama comes to a head as Sam's gang attacks Teddy's young girlfriend and murders another girl, leading Teddy to be framed for the crime unless Sgt. Lam can clear his name. A good-looking but ultimately minor addition to the series, Arrest the Restless co-stars Vivian Chow, Deanie Yip, and Paul Chun. ~ Robert Firsching, Rovi

Critic Reviews for Arrest the Restless

There are no critic reviews yet for Arrest the Restless. Keep checking Rotten Tomatoes for updates!

There are no featured reviews for Arrest the Restless at this time.