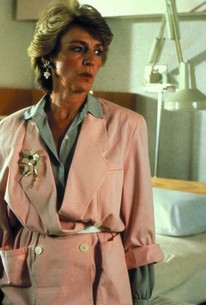 Manhattan-based writer David Carradine falls victim to AIDS in As Is. Virtually abandoned by friends and family, Carradine is looked after by his gay lover, photographer Jonathan Hadary. Based on a play by William M. Hoffman, As Is wisely avoids editorial comment on the principals' lifestyle, nor does it wallow in the tragedy of the situation. As directed by Michael Lindsay-Hogg, the film never quite overcomes the staginess of its source material; its principal strength lies in the byplay between its stars. The film was produced for cable television in 1985, and telecast early in 1986.

Leonard Chow
as Person With AIDS #3

Robert Morelli
as Dealer #1
View All

Critic Reviews for As Is

There are no critic reviews yet for As Is. Keep checking Rotten Tomatoes for updates!

There are no featured reviews for As Is at this time.