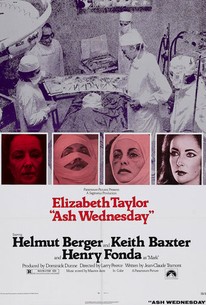 A relationship between two brothers literally becomes a matter of life and death in this drama from writer, director and actor Edward Burns. Francis Sullivan (Burns) was a street-wise thug with ties to the Irish mob until his younger brother Sean (Elijah Wood) was killed on Ash Wednesday in 1980 while trying to protect Francis from gangsters who were out to kill him. Three years later, Francis is a law-abiding man who is trying to stay on the straight and narrow and keep his eye on Grace (Rosario Dawson), Sean's widow. However, rumors have begun to circulate that Sean's death was just a ruse fabricated by Francis and a sympathetic priest, Father Mahoney (James Handy), to get mobster Moran (Oliver Platt) off Sean's back. Some people have spotted someone who looks a lot like Sean wandering around the neighborhood, and Moran, who doesn't forget a grudge, begins scouring the neighborhood in search of Sean, while Francis has worries of his own about Sean, since his relationship with Grace has started to move beyond simple family friendship.

Sandra Johnson
as Sandy
View All

In what is little more than a homage to Taylor's face, the film spends a good deal of time looking at her reflection in the mirror and endorsing her Martini ad lifestyle up to the hilt.

This is not a male chauvinist's conception of a woman, but her hairdresser's, full of envy, awe and superficial compassion.

The whole movie, indeed, feels longer than it is. It's 15 minutes short of two hours, and still it takes forever to be over.

Ash Wednesday is so bad that even Liz Taylor's performance becomes almost inconspicuous in it. Fonda and Keith Baxter do act a bit, but only just, and Helmut Berger doesn't even try, which seems to come naturally to him.

The problem is that the screenplay is unusually soft.

Mostly the picture is structured along soap opera lines. If there is anything to be said about middle-aged trauma it finds no voice in this film.

Ash Wednesday is a woman's film of a particularly bogus kind.

Another in the long string of mediocre films by Taylor.

WRONG MOVIE POSTER! This is an Edward Burns movie. Pretty good too.